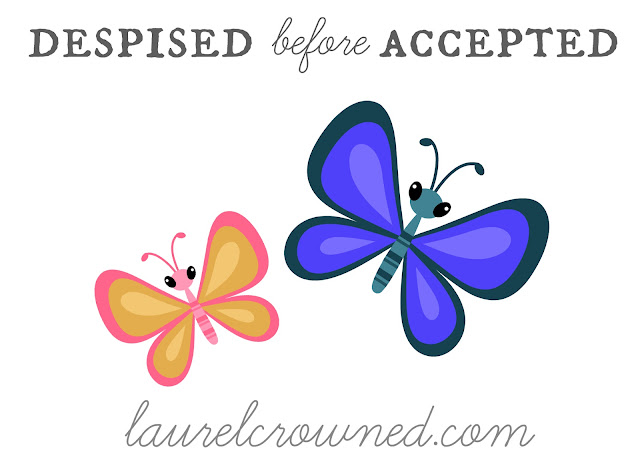 Shame and despair.
He could feel their judgmental glances
As they passed him by each day.
He wrapped his cocoon closer
As if to shield himself from their disgust.
He felt so helpless, so small.
Wishing he could crawl around
And eat to his heart's desire, as he had in times past.

Then one day, his cocoon began to disintegrate
As he stood frozen in fear
He realized that people's stares had changed -
From disdain to wonder.
No one would notice his shaking fear,
But they would watch awe-struck as he soared to new heights.

--This is part of an ongoing series I will be continuing throughout the week. Stay posted, lovelies.
Posted by Lorraine at 7:00:00 PM